Can you help me out by answering a 1-question marketing survey?

My wife Sue provides social media marketing services for authors. I am, of course, her most important client. I’ve asked her to share some of her checklists and tools with you. We’d both love to hear if this type of information is helpful.—Joel
When your fans share your writing with others it carries more social proof than your own marketing efforts because it comes from a third party. Make it easy for them. Real fans are glad to help.

Do you have all the following in place so your fans are connected with you and sharing your posts with their friends?

Let your fans know that supportive things like reviews at Amazon, comments at the blog, enthusiastic shares on social media and even personal emails help make you enthusiastic about continuing to write.

Author Bio:
Sue L Canfield has been working with social media since 2005. She blogs regularly about how to use social media and consults on best social media practices at Chief Virtual Officer. She specializes in helping authors create and maintain their online presence. She currently manages a team of four social media account managers and over a dozen social media clients.

My thoughts on this excellent article by Nick Levey.

tl;dr re my comments

Maybe I need a tl;dr for my tl;dr

Quotes in italics (my comments in parentheses.)

shows just how uncomfortably firm the association is between traditional trade publishers and literary value (which we know doesn’t exist: publishing is an industry, it is commerce with primarily financial goals)

There are many possible reasons why literary fiction has fewer examples of successful self-published works, but perhaps the simplest answer is that readers of the genre are served sufficiently by traditional publishers (This is a powerful argument against self-publishing literary fiction to make money which means I’ll have to do it to make art)

a narrower and more volatile market instead of a broad and sustainable one (As author businesspeople, we must take the view of our own sustainability, not that of the market as a whole. If I can live on what I earn from writing, that means exponentially more to me than whether or not my genre or books as a whole are selling better or worse.)

David Vinjamuri . . . concludes that the “problem with Indie books is that there are so many of them.” (I restrain myself here, but, too many books? Egads.)

Such readers were often also unconvinced of the value of rereading (and later) price can be a key factor in the experience of its products (Note to self: non-rereaders want digital [which = disposable] so dial back my obsession with selling print.)

between 1830 and 1859, more than half of the novels serialized in Australia were written by just one man, John Lang (Great googlymooglies, that’s amazing.)

The spread of literary culture has always been furthered by treating novels as the commodities they are, subjecting them to the whims and peculiarities of the market in order to improve their uptake by the public. (Lovely thought. This is primarily where traditional publishing is missing the boat.)

gives authors the ability to choose how much their book is worth (Badly worded, that. Price and value are entirely disconnected.)

Many post-pressers are thus working only transitionally within this domain, while holding out for traditional validation. (This bothers me.)

it’s difficult to view current self-publishing as aligned with an underground when it is so dependent on the technology and the business model of Amazon. (A troubling truth. But why do I find it troubling?)

In order to focus on my mystery writing I’m letting myself off the hook round these parts.

While I will pop in now and again with a post or a newsletter, I don’t plan to stick to a schedule as I’ve done for a number of years.

If you need help selfpublishing your book, Someday Box will still be right here ready to provide the support you need. Just give us a shout. 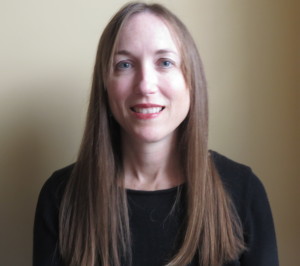 It’s called The Secret to Sales without Selling: Your Author Newsletter.

Fresh take on a familiar topic. Go show Elizabeth how much my readers love me, eh?

Just fine, thank you very much.

Best Beloved finally had time to put on her accountant hat this week and gave me numbers about book sales this year.

The numbers themselves are small. It’s sad, but I’ll get over it.

Here’s the wildly unexpected part: sales of Through the Fog, which I give away free just for signing up for my fiction newsletter, are the highest of all my books, and higher than they’ve ever been for this book.

END_OF_DOCUMENT_TOKEN_TO_BE_REPLACED

As I focus more and more on writing fiction, I’m doing less and less free coaching and publishing support. Gone, sad to say, are the days of everything I know is free, all you have to do is ask. Busier writing means I need to make every minute count.

Here are a few of the changes, with a great big ask down below.

END_OF_DOCUMENT_TOKEN_TO_BE_REPLACED

Seth writes about Harper Lee’s double miracle at The Domino Project. You should read it. I’ll wait.

I hope you read it or what I write here will make less sense.

Dreaming is wonderful. It’s vital to an artist. No dreams, no art.

Dreaming is not a business plan.

END_OF_DOCUMENT_TOKEN_TO_BE_REPLACED

(Faster Horses was the title of this month’s newsletter. This is more on the same subject.)

“If I’d asked my customers what they wanted, they’d have said ‘Faster horses.'” — Henry Ford (attributed)

When I asked authors what they wanted, the universal response was “Someone to do my marketing for me.”

I’ve been racking my brains pondering a technology automation tool I could create to give struggling authors an effective marketing service they could afford.

Because, y’know, that’s what authors said they wanted.

END_OF_DOCUMENT_TOKEN_TO_BE_REPLACED

The most popular posts here at Someday Box are my deep dive into story structure called Your Story in 12 Sentences.

We love lists. We love step-by-step instructions. We love knowing exactly the right moment to do precisely the right thing so it all comes out right.

Mix the right amounts of flour, sugar, egg, milk, and whatnot and put it in the oven at this temperature for that long, and it’s a cake, every single time. (Okay, maybe not every single time, but almost.)

Authors are people, and as people, we want checklists and step-by-step instructions, too.

END_OF_DOCUMENT_TOKEN_TO_BE_REPLACED

Consider contributing to my tea fund. I love tea.

Sign up for the monthly newsletter and get all the news first.
Close

If you enjoy reading Someday Box here's a way you can do something small but powerful—contribute to my tea fund. No tea means less writing. We don't want that.